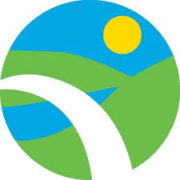 On May 30, 2019, I had the honor of being recognized as one of Vital Communities’s Heroes & Leaders at their 25th Anniversary celebration. I am not a lover of “the spotlight”, small talk, soirées, or swapping out my jeans, so I was skeptical of how the night would go. Luckily, like usual, my skeptical self was pleasantly surprised. It was a night of familiar faces, new friends, inspiring stories, and a flawless introduction by Sarah Copeland-Hanzas that left me with a greater level of respect, both for Sarah – and myself. I cannot thank Vital Communities, Rob Schultz, or Sarah enough for their support and am very much looking forward to serving this amazing organization. I asked Sarah if she could send me a copy of her speech and have included it below. <3

When Hills 5&10 closed its doors on Main Street in Bradford a few years ago, many of our Main Street shop owners feared it signaled the ultimate demise of our little downtown. But as the phrase goes, every cloud has its silver lining. Our silver lining came in the form of Monique Priestley.

In the years following the closure, I saw Monique in my café almost daily. She would juggle her day job along with meetings with local leaders. She was determined to transform the empty storefront into a 21st century business venture. She persisted in solving the puzzle like a kid with a Rubik’s Cube.

To help you understand Monique, I want to share with you a story, adapted by Erikka Mohssen-Beyk, from a lost poem by an Iranian author Mohammed-Taki Bahar. I’ve added a few pieces to be sure the story truly captures Monique Priestley.

There was a water spring coming out of a stony mountain slope, and this little stream had the dream to become a river and reach the sea to become one with the big ocean.

The spring started to flow down the stony mountain slope, happily jumping over little rocks and having fun. All of a sudden she got stopped by a big rock which was in her way.

Very politely, she asked the rock to give way. The rock said, “Who do you think you are to tell me to give way to you? I did not even jump when the big flood came and washed everything away and now you little stream want me to get out of your way? ”

She had many obstacles on her way, but she was always thinking of a solution and got better and better, along the way she learned a lot. If there was not a straight way she tried around, above, or even to go underneath. When winter came, she settled in, as ice, and in the spring found her power had created another way forward. Sometimes it seemed as if she couldn’t flow anymore and had to stop to get more power again. Over many seasons, with many twists and turns, she finally reached the sea.

I had the chance to scan Monique’s resume to prepare for this event. In order to understand Monique you just need to remember these numbers; three, five and 26. This woman currently holds down three jobs. Now, I have two jobs and that’s about enough to blow my mind some weeks. She’s rocking three jobs. On top of her three jobs we’re going to lay on the number five. She has so many public service and volunteer board positions she has to divide that part of her resume into five different sections. The skeptics among you are saying, “Sure, if I listed every board I’ve ever served on I could get to a place where I need to organize them into categories.” That’s reasonable. But here’s the clincher. Twenty-six. That’s the number of committees, boards and elected positions that are listed on her resume as things she’s presently involved in. Twenty-six! I challenge you to find anyone else in this room who’s rocking community involvement to that extent.

Persistence and avid community involvement are among Monique’s attributes. But I want you all to know that she has WAY more than endless energy and dogged determination. She is the real deal when you look to identify heroes and leaders in our community. She has that awesome combination of hard work ethic, willingness to talk to everyone, humility in the face of resistance, calm in the face of challenges and immunity to the undermining poison of skepticism.

While she might come off as shy, and I know she does not relish the opportunity to make speeches in public, she’s never let that stand in the way of joining a board, volunteering for a project or convening a community of people to solve a common problem.

Monique is more than the silver lining of some mythical cloud, in fact, she is the water. Monique can wear through any barrier you put in her way.